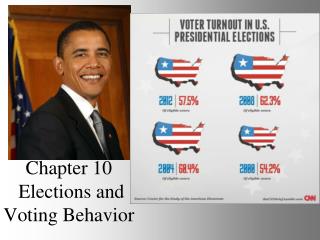 The Functions of Elections - . most change in the united states comes about on the basis of elections. elections

Voting and YOUth! - Youth-to-youth training. voting and youth!. a presentation by the national youth leadership network.

American Government Chapter 6 Voters and Voter Behavior - . look for the flag and the chimes. i. the constitution and the

Voting and social choice - . looking at a problem from the designers point of view. voting over alternatives. voting rule

Representation, Elections and Voting - . chapter 12. do you think elections are important? why, why not? what do

Chapter 5 Political Parties - . the two-party system. “a party of order or stability, and a party of progress or