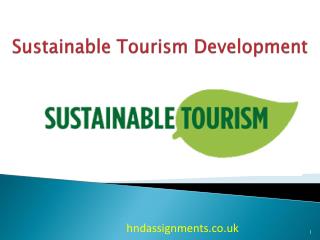 This Sustainable Tourism Development Presentation mainly focuses on the India’s tourism, the example of tourism difference between India and London is taken for the study. MINISTRY OF SUSTAINABLE DEVELOPMENT AND TOURISM - . application of the rulebook on detailed contents and format of

BEST Sustainable Tourism - 7/12/2012. 2. purpose of module. tourism planning requires an understanding of the meaning of