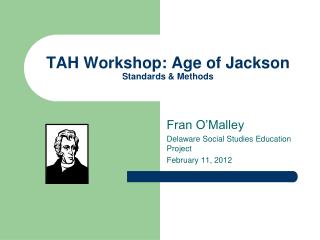 PDE methods for Image Segmentation and Shape Analysis: - From the brain to the prostate and back presented by john

JEOPARDY - Andrew jackson. jeopardy. contestants. don’t forget. …always phrase your answers in the form of a