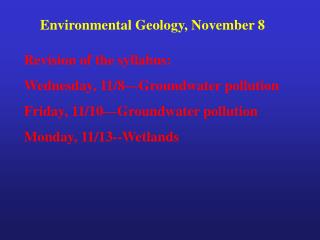 Environmental Geology - . earthquakes. directivity. the amplitude of seismic waves is greater in the direction of fault

geol g406 environmental geology - Chapter 10 in textbook (keller, 2000)for this section, and all sections in this course,