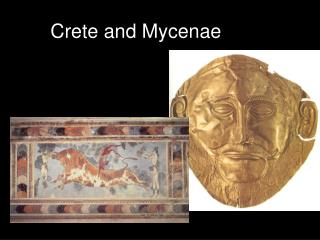 Rise of the Mycenae - . mycenaean greece. the lion gate. the north and south sally ports (or

Thalassocracy and Minoan Crete - . i begin the real history of greece with the first recorded olympiad, or 776 b.c…the

Green Crete - Know more about us at:

The Beginnings of the West: Mycenae and Minoa - . what is 'the west'?. where in the world are we?. indo-european.

Hotels in Crete - Hotel alexis is one of the top rated hotels in crete chania. it provides luxurious services to guests

Top And Best Restaurants in Crete - Theodosi is one of the most recommended restaurants in crete. here people come to

Atlantis and the End of Crete - . by joe and charlie