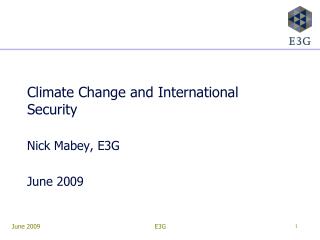 Climate Change and Human Security - . by richard a. matthew. in your

International Climate Change Regime - . unfccc “stabilization of greenhouse gas concentrations at a level that would