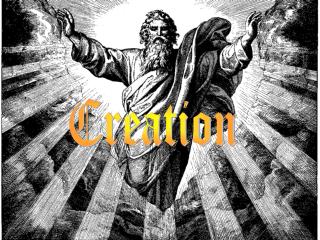 Creation. In The Beginning…. God created the heavens and the earth. The earth was without shape. It was empty and darkness was over the surface of the watery deep. On the first day, God separated light and dark (day and night) He also created the Heaven and the Earth. CREATION - We’ve all got to start somewhere. creation. necessities. myths use metaphor to explain higher concepts. many

Creation - . csd invitation to the un system to produce a periodic wwdr ministerial declaration (the hague in march

CREATION - . we’ve all got to start somewhere. necessities. myths use metaphor to explain higher concepts. many of the

Creation - . creator of heaven and earth. basic theology, part 3. creation in the old testament. the theme of god as

CREATION - . 1 corinthians 15:3 for i delivered unto you of first importance that which i also received, that christ died

Creation - . from wayne grudem’s systematic theology. creation. the work of god. creation. why, how, and when did god

CREATION - . judaism and christianity - ks1. what can we learn about the world from the story of creation in the

Creation - . a questions ao1 – knowledge and understanding – one side. explain in lots of detail 20 mins approx 2

CREATION - . in the beginning, god created the heavens and the earth and populated the earth with broccoli, cauliflower

Creation - . the first doctrine taught in the bible answers to these questions: “who is god ?” “what is the