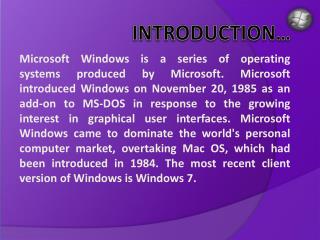 Introduction to 5S - . what is 5s?work place organization and productivity improvement tool. also known as the ?5

Introduction to RooFit - . introduction and overview creation and basic use of models composing models working with

How to Write an Introduction - . writing the first p aragraph of an introduction. steps in this tutorial. 1) state the

An Introduction to Programming Concepts and OI-programming - . …from abstract theory to dirty tricks…. objectives