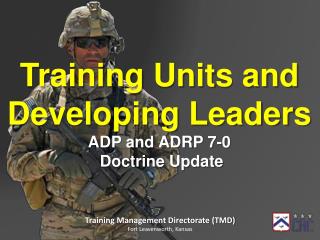 Troop Leadership Training - . “training boy leaders to run their troop is the scoutmaster's most important job.”

Creating a High-Performance Learning Culture A Training Workshop for School Leaders - . welcome!. purpose of module. to

THE BIBLE, DOCTRINE, AND YOU! - . doctrines that allow. doctrine one. the verbal, plenary, inspiration of the bible.

HCAHPS Update Training February 2009 - . welcome!. in the hcahps update training sessions, we will: explain purpose and

NCMRG Training - . welcome and prayer colette stevenson. to update you on the work of the ncmrg and update you on

Welcome To Redeemer’s Leadership Institute (RLI) Training Program - . you are here to learn to live. rli is an