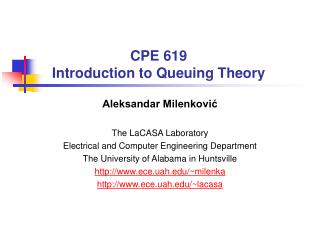 Queueing Models and Ergodicity - . purpose. simulation is often used in the analysis of queueing models. a simple but

Street Traffic Simulation - . charles erwin. topics to cover. what is involved in traffic simulation? value/usefulness of