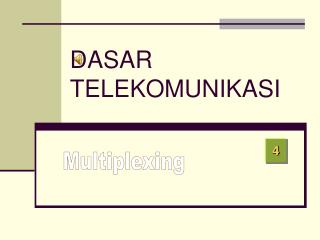 Multiplexing - . multiplexing is the set of techniques that allows the simultaneous transmission of multiple signals