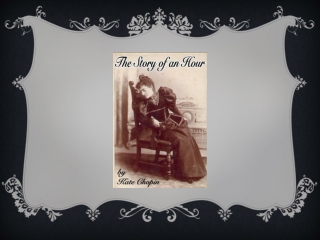 Who was Kate Chopin? Who was Kate Chopin?. Guiding Question: What is Kate Chopin best known for?. Kate Chopin was born in St. Louis, Missouri in 1850. She married when she was 20 years old. In the next eight years, she had six children. Chopin’s husband died in 1882, and her mother died the following year.

Who was Kate Chopin?