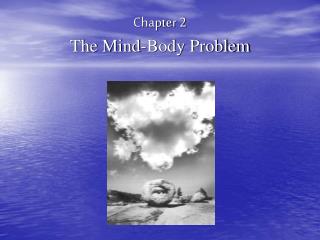 Chapter 2 The Mind-Body Problem. Thought Experiment: Descartes’s Mechanical Moron. Can we construct a machine that thinks? Descartes claims that no machine would be able to use language or solve problems like we do. Do you agree? Why or why not?. Thought Experiment: Leibniz’s Mental Mill.

40 ways to create peace of mind - Peace - mind. if you just stopped thinking for a while and sat back to reflect on your

Chapter 3: The Remarkable Body - . introduction. your genes, in the form of dna, direct your body’s development and

Human Body Detox - . clean your body and live longer!. each team is responsible for their body, blue or pink. every

The Human Body in Health and Disease - . chapter 2. anatomic reference systems. describe the location and functions of

Chapter 19 The Cardiovascular System: The Blood - . fluids of the body . cells of the body are serviced by 2 fluids