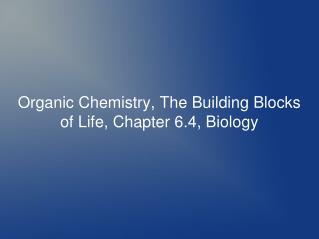 Atoms: The Building Blocks of Matter - . foundations of atomic theory. nearly all chemists in late 1700s accepted the

Biology Biochemistry Unit Chapter 2 The Chemistry of Life - . the atom – makes up all matter. the smallest particle of