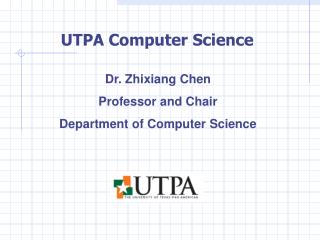 Olfa Nasraoui Dept . of Computer Engineering &amp; Computer Science - A journey through some of the research projects

COMPUTER SCIENCE - . 1.0 introduction to computers. 1.1 introduction. in the beginning of civilization, people used

Computer Science CPSC 502 Lecture 11 Probability and Time (Ch. 6.5) - . where are we?. representation. reasoning