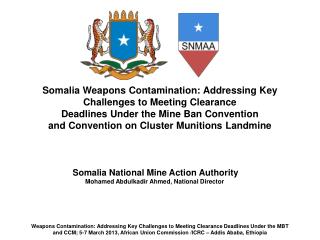 David DiBattista, Ph.D. Brock University Psychology Department - Getting the most out of multiple-choice questions. david

68000 Addressing Modes - . addressing modes are concerned with the way data is accessed addressing can be by actual

Cluster Munitions - . the oslo process. what are cluster munitions?. they are weapons that include cargo containers and