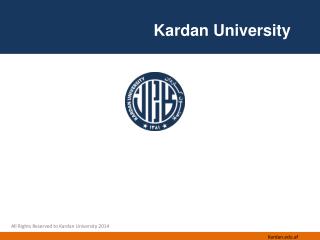 KARDAN INSTITUTE OF HIGHER EDUCATION - Adjustments are prepared at the end of year. revenue earned but not received

BLOOMSBURG UNIVERSITY Your University - . ear by: crystal minzola. freshman. moving into college is exciting ! don’t be

UNIVERSITY - . what is university?. an institution of higher education and research grants academic degrees in a variety

8 Qualities of a Good Catering Service - Catering is the most important part of any wedding. no one wants to compromise