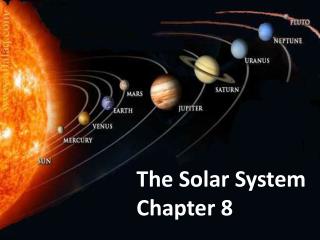 The Solar System Chapter 8. Section 8-1 Planet Motion. Gravitational forces formed the solar system and cause the planets to orbit the Sun Objectives: Compare and contrast geocentric and heliocentric models Describe each planets position

Take a trip around the Solar System - . baker’s guide to the solar system. what’s in our solar system?. 1 sun 8

Astronomy: The Solar System and Beyond 5th edition - . michael seeds. the strongest thing that’s given us to see

Chapter 20 Coastlines and Ocean Basins - . about coastlines and ocean basins coastal processes are the interaction of

Minor Members of the Solar System - . chapter 23, section 4. asteroids. asteroid – small rocky bodies that have been

Elements of the Solar System, Exploring Extrosolar Planets and Evolution of Planetary Systems - . fiz466, İtÜ. the