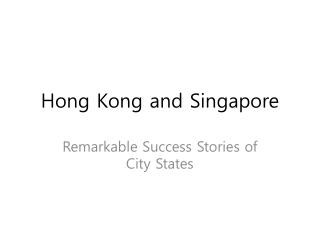 The Fall of Hong Kong and Singapore - . defeat and disgrace at the twilight of the british empire. by: andrew bratcher.

HONG KONG AND SINGAPORE 22 – 30 MARCH 2014 - . excellence in research and innovation focus on areas of strength