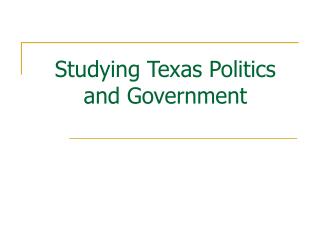 Chapter 10 The Texas Revolution February-May 1836 - . essential questions did the change in the government of mexico

Government 9 Week Studyguide - . this is only a guide. review the power points online and the answers for the study guide