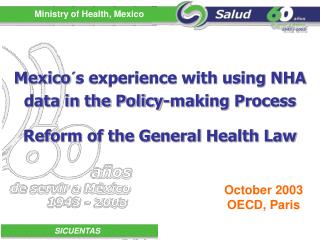 Mexico´s experience with using NHA data in the Policy-making Process Reform of the General Health Law October 2003 OECD, Paris Outline Background on the use of NHA in Mexico Setting the scene – providing evidence Objectives of the Reform SICUENTAS and the Reform Conclusions 7 6 5 4

DOING BUSSINES IN MEXICO - . www.psdconsultores.com. why invest in mexico?. 1. strategic location to be located next to

Civic Education and Political Empowerment in Mexico - . introduction. progression of interests on this topic purpose of

RENEGOTIATING GENDER IN THE BERRY FIELDS OF MICHOACÁN, MEXICO - . the transition from a male-dominated agricultural