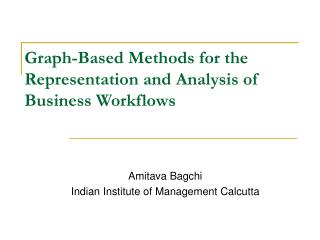 Graph-Based Methods for the Representation and Analysis of Business Workflows

Graph-Based Methods for the Representation and Analysis of Business Workflows

Solving Systems of Equations - . graphing. there are three methods to solving systems of equations by graphing: write

Methods basics - . before this week solve the problem de l’heure by developing a static method main( ) did use other

Survey of Gaussian-Based Edge-Detection Methods Mitra Basu - . presented by: ali agha 23feb2009. motivation. what is the

METHODS of TEACHING - . role of methods . a. methods and teaching . b. methods, strategies and techniques . c. role of

The Bar Graph or Bar Chart - . what is it? how to draw it. what is a bar graph?. a bar graph is a graph that displays