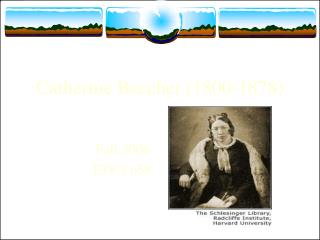 Harriet Beecher Stowe - My name is harriet beecher stowe. i was born in 1811 in connecticut. i contributed to the civil

Catherine of Aragon - . catherine of aragon was born in 1485 in spain there was a war in spain so she got sent to

Love Stories: The Discourses of Desire in Literature and Culture, 1800 – the Present - . session two. agenda. summary

St. Catherine of Siena - . mystic, diplomat doctor of the church april 29. st. catherine at prayer. the