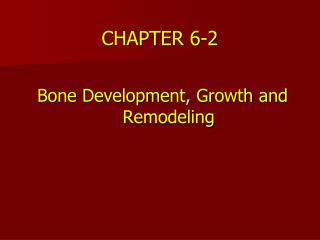 Chapter 2 and Chapter 6 - X-ray absorption in biologic tissue . when a human tissue is exposed to electromagnetic energy

Chapter 6 Lesson 2 - . objective: to use relationships among diagonals, angles and sides of parallelograms. properties of

Chapter 6 Lesson 2 - . by, samantha k. click on answers. 1. everything you eat and drink is. a. nutrition b. weight

Powerpoint Chapter 6-2 - . duty to third parties, the law, lawyers and the bar. chapter

Chapter 2 Section 6 - . inequalities. assignment 11. work the review parts 1 and 2 for the opportunity, pdf version in

Chapter 6 Lesson 2 - . the kingdom of israel. objectives. explain how the achievements of saul, david, and solomon led to

Chapter 6 Part 2 - . continuous probability distributions (continued). normal distribution. since there is a common