Section 1. 4 – What is the value of wolves? - PowerPoint PPT Presentation 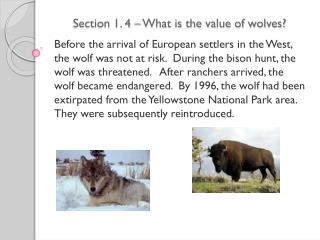