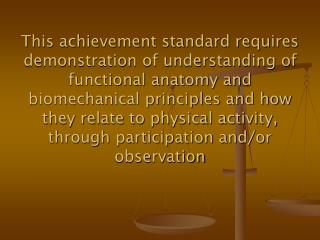 This achievement standard requires demonstration of understanding of functional anatomy and biomechanical principles and how they relate to physical activity, through participation and/or observation. Learning Intention. To understand what Biomechanics is and how it can be applied to Badminton. Towards measuring learning experiences as outcomes of psychosocial Intervention - . willem melief. why the development

Learning Intention - . students will be able to: respond to task/action words in exam questions we know we can do this

Bell Activity - . choose a phone of your choice, try to find… the operating system it uses an application you can

When should the primary analysis of a trial not be intention to treat? Group 6 - . lakshmi bhaskara , allison dostal ,

Maximizing the Mathematical Proficiency - . setting the focus of tal. learning intention and success criteria. we are

God’s Will - . the surpassing riches of his grace. ephesians 1.5: he predestined us to adoption as sons through jesus

ARITHMETIC SEQUENCES AND SERIES Week Commencing Monday 5 th October Learning Intention: - To be able to find the sum of

Assessment for Learning (AfL) Unit 2: Sharing Learning Intentions &amp; Success Criteria - . in this unit we are