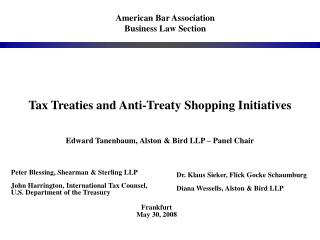 Treaty of Versailles and WWI Treaties - . objectives : 1) demonstrate an understanding of the similarities and

Treaties and Courts - . council of europe: intro. founded 1949 “seeks to develop throughout europe common and