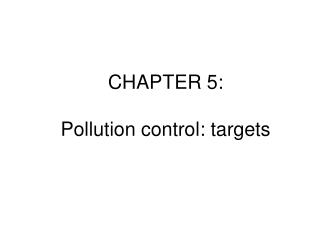 Chapter 7: Flexible Budgets, Variances, and Management Control: I - . the use of planning for control. basic concepts.

MARPOL Annex II Regulations for the Control of Pollution by Liquid Noxious Substances in Bulk - . an introduction to the

Chapter 28 - . arthropods and echinoderms. arthropods. “ organism with a tough exoskeleton, jointed appendages and a