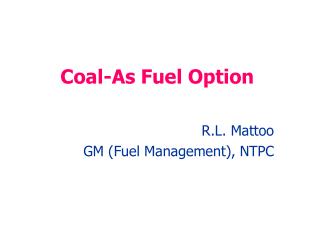 Installing The Option From The Pistol - . by james vint. “if you have a systematic way to teach an offense, your kids

Of Climate Change, Coal Plants And The The Post Fossil-Fuel Era - . focus the nation pueblo, colorado leslie glustrom for

Benefits and Obstacles to the Success of FCs and the Development of a Hydrogen-Based Economy - Fuel cell. benefits and

Solar Energy- The Future Is Now - For decades, solar energy has been touted as an alternative power source. increasingly,