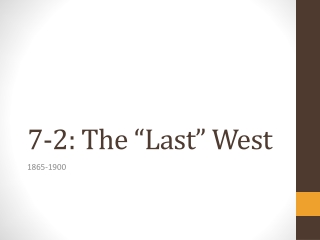 7 -2 : The “Last” West. 1865-1900. Learning Objectives. WXT 1.0 Explain how different labor systems developed in North America and the United States, and explain their effects on workers’ lives and U.S. society.