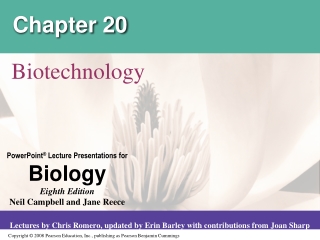 Chapter 20. Biotechnology. Overview: The DNA Toolbox. Sequencing of the human genome was completed by 2007 DNA sequencing has depended on advances in technology, starting with making recombinant DNA