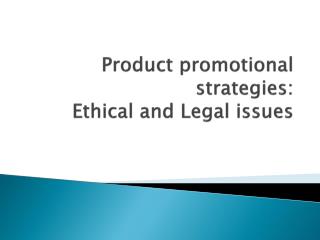 What You Should Know about Gifts to Physicians from Industry Module 1: Overview of Ethical, Professional, and Legal Iss

Security, Privacy, and Ethical Issues in Information Systems and the Internet - . chapter 14. social issues in