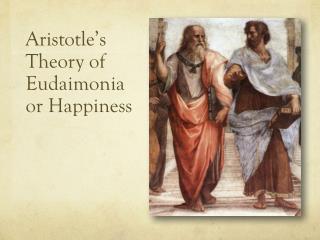 Aristotle’s Theory of Eudaimonia or Happiness Aristotle’s Theory of Eudaimonia or Happiness

Pursuit of Happiness - We always find happiness anywhere in the world. psychologists also say that happy employees are

The Psychology of Happiness - Dinners. l o o k i n g. where the. l i g h t. with the. reader. the psychology of

The Economics of Happiness - Dinners. how to make. with the. reader. the economics of happiness. #3. a woollen coat.

Happiness, Money, and Your Heart Andrew Oswald Warwick University - . * i would like to acknowedge that much of this work

Knowledge is essential Applied, it is Wisdom Wisdom is Happiness - . abnormal thyroid function a practical approach.

HAPPINESS: Clinical Applications of Positive Psychology - . angela linger, ms, lpc.   “we are what we repeatedly do.