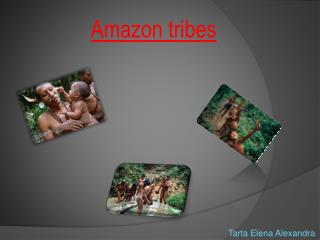 Indigenous Tribes of the Amazon Rainforest - . tessa erickson-thoemke. tribes. there are over 200 different indigenous

Wampanoag Tribes - . by: s. tools and weapons. use trees for weapons they use rocks for weapon indians use arrows the

Northwest Tribes - . by: samuel vasquez kent deterding. the tribes. some of the tribes were: *bella bella * chiook

Adena Tribes - . by: adam newell mathew sesevich paul mossing. history. there has been little recovered evidence of what

Three tribes - Should we or shouldn’t we? the proposed marriage of the three tribes, a tale of tentative romance and

Emigrant Tribes - . by the 1830s, the world of the native kanza and osage tribes

Native American Tribes - . by: kali cole caitlyn perry. where did they come from?. two theories crossed the bering strait

Utah Historic Tribes - . class objective. students will distinguish the difference between the 5 historic tribes of