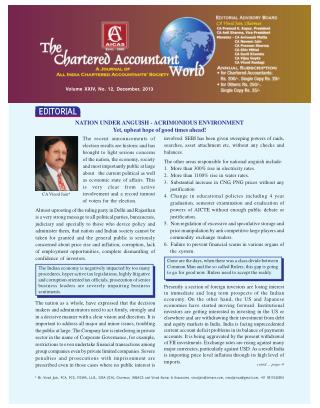 The recent announcements of election results are historic and has brought to light serious concerns of the nation, the economy, society and most importantly public at large about the current political as well as economic state of affairs. This is very clear from active involvement and a record turnout of voters for the election. OT 677 Environment l..&gt; - Describe the influence of the environment on occupational performance ... required to

Chapter 10 A Changing Nation - . warm up. question: after the war of 1812, americans entered a new era. what do you think

Sudan: In Search of a Nation - Roberta ann dunbar the university of north carolina at chapel hill for bridges and