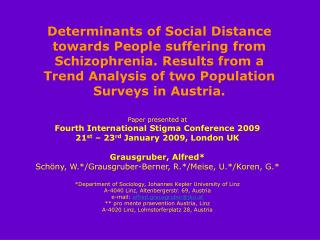 Eliminating the Stigma of Differences - . what were your reactions to each of these pictures?. why did you have those

Congratulations on the 35 th Anniversary Conference of the ACEI-Philippines - . from all members of acei executive board

Your future. Our Mission. - Futurestudents.mst.edu. your future. our mission. founded 1870 | rolla, missouri. welcome!.