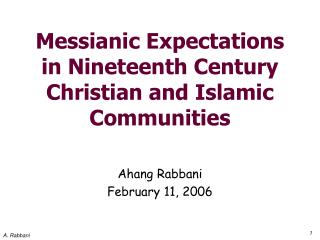 Estuaries and Intertidal Communities - . chapters 11 and 12. intertidal communities. the effects of the tides and the

Methods: A Deeper Look - 6. methods: a deeper look. the greatest invention of the nineteenth century was the invention of

Christian doctrine towards the beginning of the third century - . timeline/ overview of major figures. heritage of origen