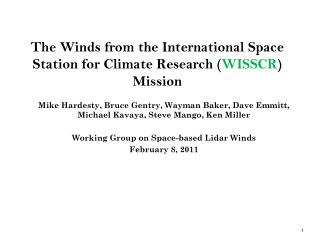 Biofertilizers use in Mango

UAS LIDAR Bathymeter - . leyla safari. the research proposal of this project is to develop a method to remotely monitor

Time Space and Time-Space - . time, space, and time-space. the organization of time the arrow of time time, flies,

Winds - . winds. winds are defined as the horizontal movement of air. winds are named by where they blow from. local