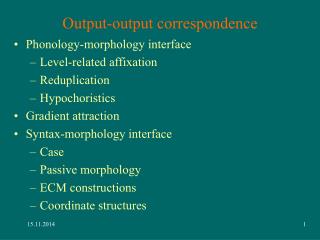 ECONOMICS what is it and why study it? - . social science efficiency. how to increase output. standard of living = income

Chapter 3 - . hardware, input, processing, and output devices. hardware. hardware any machinery (most of which uses