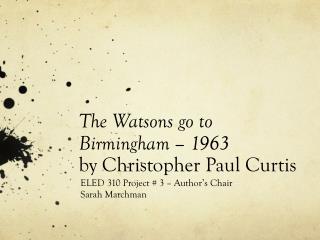 Map and Chart review part 2 - . 40. which of the following shows the cities ranked from smallest to largest in 1850? a.

THE FOLLOWING LECTURE HAS BEEN APPROVED FOR ALL STUDENTS BY BIRMINGHAM CITY UNIVERSITY - . this lecture may contain

Paul Klee - . seeing below the surface. paul klee: fish facts. 1. his name is pronounced paul “clay.” 2. he was born