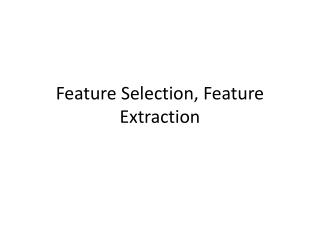 Feature Selection, Projection and Extraction - . carla brodley. what is the concept?. + graduation + yellow -

Feature Selection - . in many applications, we often encounter a v ery large number of potential features that can be