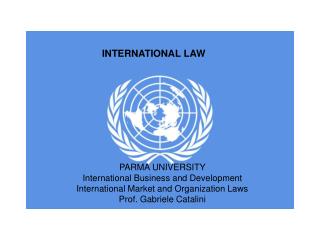 International Law - . edited by jiang he. the concept of international law. the origin of the term: jus gentium, law of

International Poverty: (Law and Communism?) - . is it possible?. why care about international economic justice issues?.

INTERNATIONAL LAW - . states &amp; sovereignty. each country has laws for its own people, known as domestic law a