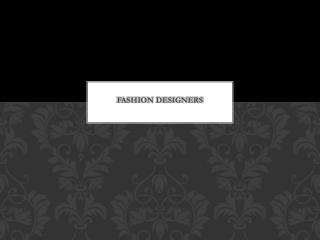 UNIT B EVOLUTION AND MOVEMENT OF FASHION - . the 40's. 2.03 recognize the relationship between historical events and

How to build a web site in Dreamweaver - . presented by graduate design group 2 meredith, jennifer, cammay and diane.

Chapter 3: Zara: Fast Fashion from Savvy Systems - . a zara store in manhattan. why study zara?. to understand and

Урок-презентация по теме “In Fashion – Out of Fashion” - . Урок подготовлен

latest fashion design - Shopping online particularly at fodane is a childâ€™s play; all you need is a mobile &