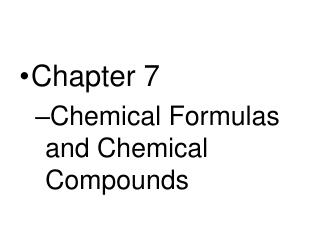 Chapter 2 - . the chemical level of organization lecture outline. introduction. since chemicals compose your body and all