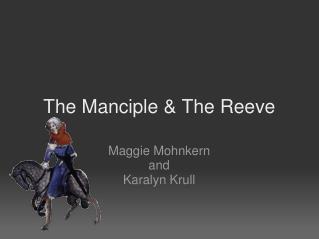 The Manciple & The Reeve. Maggie Mohnkern and Karalyn Krull. The Reeve Prologue. The Reeve is very angry about this story because he feels like the tale was the entire carpentry profession, and because he was formerly a carpenter.