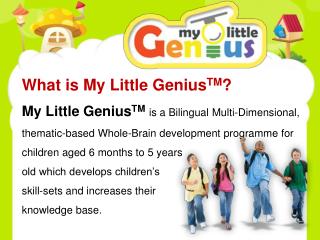 Human Development - . ap psychology. what is covered in this chapter?. describe the physical development of infants and

Overview of Child Development - . child development. definition: change in the child that occurs over time. changes

Perceptual Development and Sequencing Skills in Children with a History of Ear Infections - . margaret adair university