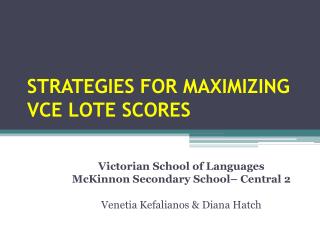 Maximizing What You Have: Using Your Case Management System to Support Innovation and Planning - . 2008 equal justice

Strategies for Low Achievers - . high school pd winter, 2011. what kind of learner are you?. acrobats, grandmas and ivan.