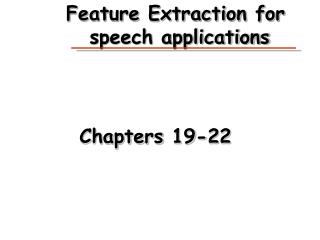 Feature Extraction for speech applications. Chapters 19-22. The course so far. Brief introduction to speech analysis and recognition for humans and machines Some basics on speech production, acoustics, pattern classification, speech units. Where to next. A Probabilistic Model of Redundancy in Information Extraction - . university of washington department of computer science

Extraction of metals - . only some unreactive metals such as silver, gold and platinum can occur freely in nature. most