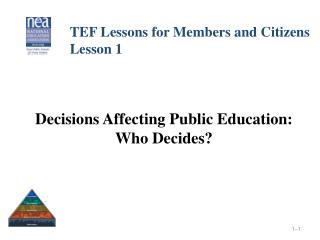 Linking Lives with Rights: The Micro-Politics of Educational Decision-Making in Urban Mexico. - Linking lives with

Brown v. Board of Education - . separate but equal?. jim crow was the name of a black character in a minstrel show. the

Site-Based Decision-Making Tutorial - . a collaborative approach to integrated planning and decision-making processes a