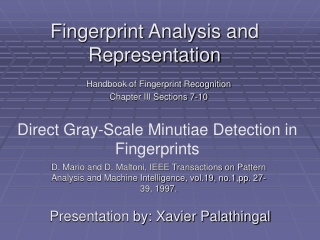 Fingerprint Classification - . maor sharf. fingerprints. a fingerprint can be used by many organizations for many